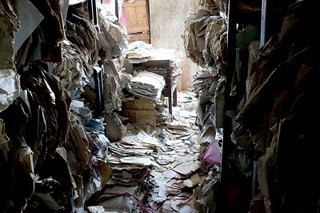 How I’m now thinking of (all) the work:
To create a non-linear, non-chronological autobiographical narrative.
When I reminisce (it’s always about me, as I’m always there) it is in fragments. I can navigate around the fragment but there is always a sense of place at the core of this experience. When I write these fragments down they become a sequence and already a sense of chronology imposed. Even if I make it achronological, it will still have it’s own fixed chronology. That of the sequence of the text itself. This is inauthentic for me. What if I hyper-link the fragments? What if the writing and video, images, sound, other fragments exist in a sort of pool, cloud, or solar system of inter-linked information? Closer to the way my mind recalls. I wish to collapse the research and the studio practice into one activity as far as possible (as far as I consider relevant, useful and possible even.) Then the research essay and the autobiographical video work can all somehow be together, as one work. It’s ultimate form will also depend on the enquiry of the next few months. How might I produce all this? Presently I believe, ideally as a web-site. I have been intending to learn Dreamweaver towards the development of my own artist site, this might be a further incentive to do so now. I do wish to challenge the accepted form of an essay or dissertation. I believe the form of the text dictates in part it’s subsequent reading. Researcher’s write and artists produce visual works, I wish to begin to creatively confuse this distinction.
The work of the last six months
September 2008 to January 2009

September 2008. Setting up i-Mac for editing. A major work as all existing data had to be incorporated into the new system and reformatted several times over the first few months, till a large stable, backed up resource was created. Still an issue as large quantities of visual data have to be re-organized and cataloged before it is usable. Completely moved to Mac platform, including laptop by October 2008.September to October 2008. Researching and ordering books for autobiographical studies, (slow delivery to Pakistan, no relevant libraries here.)
November,December, January 2009 ongoing. Readings beginning in late November. (Books mostly arrived by mid-December 2008, ABE and Amazon, up to 3 months for delivery to Pakistan.)Frankfurt School Video, collaboration. With Adnan Madani, completed first edit and shown for the first time, 21st Nov. 2009.
September-January 2009. Gathering resources for an autobiographical video. These comprise of the file store images (see image at top of page, two further shoots undertaken in December 2008, including some video footage). Incidental video footage and stills of bus journey’s, to and from work.
October-November 2008. As part of a larger public presentation of my practice of some thirty-five years, along with access to a high-resolution film scanner, I came to reconsider a number of earlier works in the light of my current position. This will be leading to a series of photographic works that juxtapose scanned old transparencies of sculptures made decades ago. The images look new, the tools that created them are decayed (although the works have actually decayed and been destroyed for the most part). I consider this project to be autobiographical in nature.
August 2008 to January 2009. At work (BNU, SVA, University, Lahore) I have been conducting interviews, August 2008. Coordinating the foundation department, September to late December 2008. Teaching two courses, foundation studio and Fine Art Seminar.
September-December 2008. I was involved in the VASL international residency in November 2008. In addition I have been working on several large, complex landscape projects throughout this period. I consider all of this to be relevantl to my art practice impacting it both positively and negatively.November to Febuary 2009. I have committed to a two person show (with Huma Mulji) at the National College of Art, Gallery, in mid Febuary 2009. Here I will be showing some of the “Record Room” series for the first time, alongside a large sculptural installation. I consider both the sculpture and images as part of one installation. I consider the work to have considerable autobiographical relevance. I will be writing about the work in subsequent pages.